Skip to content
Home » Blog » How Many Guns are in the US? (Gun Ownership Statistics) 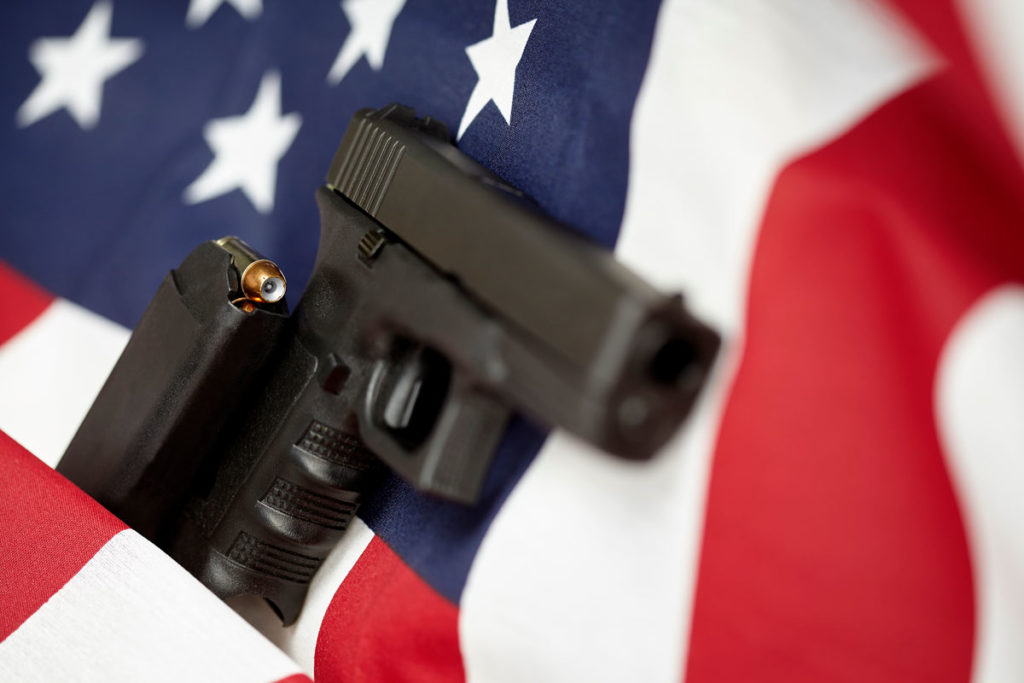 America has more guns than any other nation in the world – and that number continues to grow each year. After fighting for their independence, the founding fathers enshrined Americans’ right to firearms in the Second Amendment. This spirit of personal freedom and liberty has carried down through the years and is evident in America’s gun culture today.

Because of this Constitutionally guaranteed right, Americans own more guns per capita than any other country. So, how many Americans own guns? Let’s take a closer look.

How Many Gun Owners in America?

32% of Americans say they personally own a firearm according to the 2021 National Firearms Survey. This means that more than 81.4 million Americans own guns. This number only includes adults over 18. When you include family members who live in their same household as a gun owner, that number jumps to 41% of all Americans. Gallup has this figure estimated at 44% of households.

Most Americans Do (Or Might Someday) Own A Gun

The United States has a lot of guns, especially for a massive, peaceful, and prosperous country. In fact, about 1/3 of all the civilian guns in the world are in the hands of Americans.

The Pew Research Center has done extensive survey work on gun owners, gun ownership, and what American adults say and think about guns and gun control. America can be roughly divided into thirds with about a third of adults owning a gun. Of the two-thirds that don’t own a gun, 11% live in a household with a gun. Among that same group of Americans that don’t own a gun, half say they might personally own a gun in the future, and a third say they would never own a gun.

How Many Guns in America?

There are estimated to be over 400 million guns in the United States between police, the military, and American civilians. Over 393 Million (Over 98%) of those guns are in civilian hands, the equivalent of 120 firearms per 100 citizens. The average gun owning American has 5 firearms, while nearly 22% of gun owners only have a single firearm.

The United States is unique among the community of nations in many ways. America’s cultural and historic views, as well as its laws surrounding gun ownership, are surprising to many. By way of comparison, the nation that is second place on that list is the tiny British territory of the Falkland Islands with 62 firearms per 100 citizens.

Number of Guns Purchased Per Year

There were nearly 40 million guns purchased legally by Americans in 2020 alone according to FBI records. This was higher than any other year on record so far. 2019 was the second highest year with a little over 28 million firearms purchased. This means that firearms purchases jumped by nearly 40%. These numbers are calculated from the NICS Firearm Background Check program. These number might be lower than actual sales as various state laws and purchasing scenarios might not require a background check.

Embed this chart on your site (click code to copy):

Pistols are the most commonly owned firearm among gun owners – second is rifles and then shotguns last.

Digging a little deeper, we find that the demographics of gun owners is changing. According to the 2021 National Firearms Survey, since 2019, nearly half of first time gun buyers are women. In that time, 3.5 million American women became first time firearm owners.

After conducting over 19,000 interviews as part of the 2021 National Firearms Survey, researchers found that the COVID-19 pandemic, the #MeToo movement, and the unrest following the murder of George Floyd have all contributed to increased gun ownership among American women.

Many people are surprised to learn that gun ownership in America cuts across racial lines.

Researchers note that gun buyers are increasingly diverse and are becoming gun owners for a variety of reasons including increasing insecurity caused by the pandemic, rising crime, and racial tensions.

When you expand this statistic to include entire households, we find that 47% of White, 37% of Black, and 26% of Hispanic, and 20% of Asian households in America owns firearms.

According to the 2020 National Sports Shooting Foundation Firearms Retailer Survey:

The Geography Of Gun Ownership

According to Pew, there is one region of the country where citizens are far less likely to own a firearm. Ironically, it is the cradle of American democracy in New England and the northeast where only 27% of households own a gun. The rest of the country is statistically tied at around 45% of households.

According to World Population Review’s analysis of the 2021 Pew data, more than 60% of households in four states keep guns.

Embed this chart on your site (click code to copy):

Republicans are more likely to own a gun that a Democrat, and independents fall in between. But that doesn’t tell the whole story. For example, gun ownership tends to override partisan affiliation when it comes to firearm issues. In fact, Democrat gun owners are less likely to support an assault weapon ban or limit on magazine capacity by 20 percentage points!

Furthermore, there are many gun issues on which there is broad agreement between Republicans and Democrats including prohibiting guns from the mentally ill (Favor D 90%/ R 85%) and background checks on private sales (Favor D 92%/ R 70%).

Beyond the data on gun ownership in America are the reasons that Americans choose to purchase and maintain firearms.

While the reasons to purchase a firearm vary widely, the most common is self-defense. Over 2/3rds of gun owners list this as the first reason that they personally own a gun.

Hunting, sports shooting, collecting, and required for a job round out the list.

The Second Amendment to the United States Constitution significantly limits the federal government’s ability to regulate guns in the United States. The Tenth Amendment, which reserves powers not granted to the federal government to the state governments, means that gun rules such as where and when you can carry in public, who can purchase guns, and what types of guns and features are legal for purchase are left to the States.

As a result, gun cultures and statistics can vary widely across America’s many states and territories.

Make sure they are informed on the issues and know your opinion.

Researched and written by the American Gun Facts team.

24 thoughts on “How Many Guns are in the US? (Gun Ownership Statistics)”